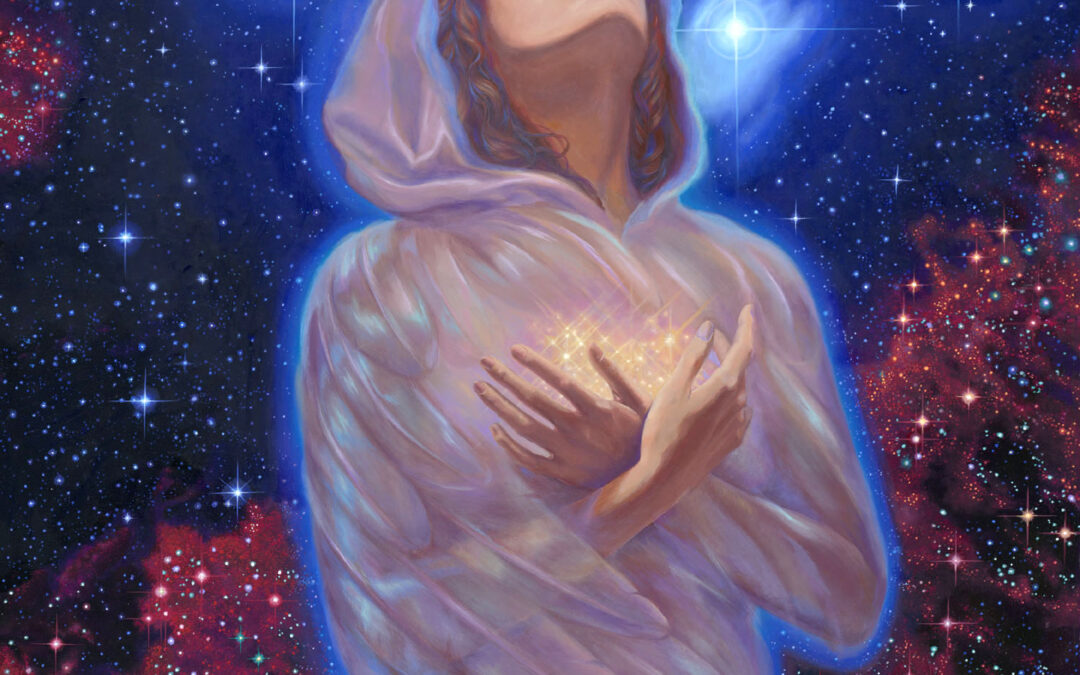 Attached below you will see a chart cast for June 11th, 2021. Besides being my son Quinn’s birthday and the day after a potent Gemini solar eclipse, it is when the activating planet Mars moves over the charged cusp between Cancer and Leo, the two signs related to the Brow and Crown chakras. It is especially wonder-full with lovely Venus and Lady Luna in alchemically balancing Cancer nearby creating the basis for the alchemical marriage of silver and gold.

I have set equal houses and 0 Scorpio rising which creates the ATA or Alchemical Tantric Arrangement of the houses, e.g., houses 3 and 4 containing Capricorn and Aquarius, both ruled traditionally by Saturn with Cancer and Leo on the cusps of houses 9 and 10, ruled by the Moon and Sun.

Appropriate planets can now be seen to stimulate all 7 chakras:

Venus catches up with Mars on 13 July 2021 in radiant Leo, then Venus runs off but returns as Venus retro meeting three times in February 2022 in completing Capricorn and eventually transiting apocalyptic Pluto, then on March 6, 2022 they meet again exactly on the kundalini portal at 0 degrees of Aquariusto start a new cycle together!  Wow, what a romantic affair!  The divine passionate couple begin dancing together at the top of the ATA chart, play together all the way down to the bottom, and start again at the charged Chiron portal.

The central tantric channel through the chakras creates two primary portals in the twelvefold cycle of the zodiac, the Chiron/Kundalini Portal (CKP) at the cusp between Capricorn and Aquarius and the Alchemical Marriage Portal (AMP) at the cusp between Cancer and Leo.  Telluric forces move up at the CKP and celestial forces are brought down at the AMP.

The present grouping of planets creates a helpful arrangement for working with the energies of the ascending signs and their corresponding chakras:

In a rare symbolic completion of the ATA cycle, the golden insights of the alchemical marriage are appropriately handed off by transiting Mars and Venus to sacred Vesta in Virgo to distribute, thence enjoyed by Juno in Sagittarius, and then the divine passionate couple meet with Pluto and Vesta in Capricorn before joining a final time as they begin a new cycle at the beginning of Aquarius in 2022.

Other versions of this arrangement will occur for several years as the outer planets climb the chakra ladder until Jupiter meets Uranus in Leo.  Yearly when the radiant Sun and his entourage enter royal Leo around the 22ndof July form a similar arrangement of highly resonant planets throughout the signs and chakras.  In particular this time period leading up to and through the transit of the inner planets across the top or Alchemical Marriage Portal (AMP), is an especially advantageous time for AstroYoga contemplation and/or meditation.

There are impactful changes occurring on many levels in the world today and it is important to be focusing on actions that help purify and uplift.  There are many such activities and positive contemplations and/or meditations.  (See the AstroYoga section of our book Alchemical Tantric Astrology)  Those found in yoga are especially effective right now with the present arrangement of appropriate planets activating all seven chakras. 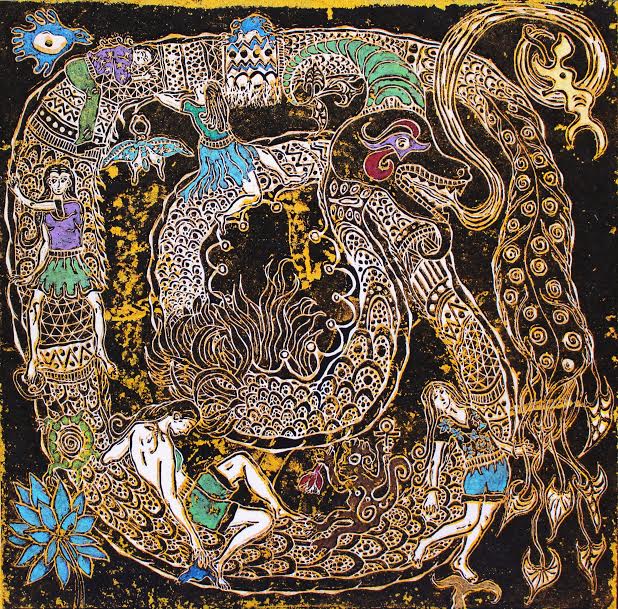 There is another significant astrological event happening now and over the next few years that is related to the Moon’s Nodes, the points where eclipses occur. Since all the outer planets are in a close band of zodiac signs from Pluto in Capricorn to Uranus in Vacca/Taurus, they and all the traditional planets can often be found on one side of the alignment of the Nodes, as they have been off and on recently. The Moon, of course, transits the entire zodiac each month and the Sun and inner planets once a year, altering this configuration.

In Vedic astrology this phenomenon is called “Kala Sarpa Yoga” or literally translated, “Time Serpent Union.” The Time Serpent is a title for the Nodes of the Moon or Rahu and Ketu, who was a serpentine demon in myth, and was cut in two parts, a head and a tail, by Vishnu. Also called the Head and Tail of the Dragon, they are said to swallow the Sun and Moon during eclipses.

There is intriguing symbolism connected with the Moon’s Nodes as serpents and especially in this Time Serpent formation since it adds to the 2020 Portal phenomenon as described in Alchemical Tantric Astrology. As illustrated in the image above, this symbolism even extends to the association between the Cosmic Serpent and the DNA double helix, which has further suggestive links to yogic powers or siddhis.

Adding to all the amazing astrology associated with the year 2020, this Time Serpent formation emerged with all the planets on one side of the Nodes on February 25, 2020. After bringing major eclipses at the end of 2019, the South Node completed transiting the “Four Horseman of the Apocalypse”: Saturn, Pluto, Jupiter, and Pallas and was then joined by Mars and the Moon, bringing the stellium in Capricorn to seven celestial bodies or seven seals!

There is a particularly striking version of the Time Serpent formation shown in the 2022 New Year Chart below. Notice that not only the outer planets but also the primary asteroids and dwarf planets will also be on the full side of the chart! We can see that since the movement of the Nodes is overall retrograde, every planet will eventually either transit over the North Node or the North Node will transit over the planets during the next few years. (a complete cycle of the Lunar Nodes is approximately 18 years, so half cycle is 9 years)

A Kala Sarpa Yoga formed in February, 2020 and is in a complete form on New Year 2022, ending soon after.

The question this brings to my mind is: Just what is it about eclipses that makes them so powerful that in Vedic astrology the Nodes are elevated to the status of planets? Is the power largely related to the awe experienced when the Sun or Moon disappears, and/or is there something more? Could it be that eclipses activate some Time-related programming in the DNA, suggested by the serpent symbolism?

At any rate, the North Lunar Node will transit every single planet and asteroid with eclipses that will occur near every outer planet between 2022, starting with Uranus, until the eclipses near Pluto in Aquarius at the end of 2027.

IT WOULD APPEAR THAT WE CAN EXPECT VERY FULL AND INTENSE EXPERIENCES WITH PLENTY OF CHANGE TO CONTINUE IN THE 2020 MODE FOR THE NEXT SIX OR SEVEN YEARS!

IS IT POSSIBLE THAT THESE SEVEN YEARS CORRESPOND TO THE SEVEN SEALS OF THE APOCALYPSE?