Jupiter, the largest planet in our solar system, is appropriately associated in myth with the King of the Gods.  Although less bright than Venus, from our perspective, Jupiter’s royal cycle of 12 years or about one sign per year – not too slow nor too fast – is especially easy and important to follow.

Astrologers acknowledge Jupiter’s grandeur by assigning him as ruling planet of the sign and constellation of Sagittarius, the Centaur Archer, home to the center of our own Milky Way Galaxy.  Jupiter is therefore not only the largest planet in our solar system, but being located in the Archer, he is also galactic representative. When Jupiter transits another planet this makes his visit an occasion of royal import.

When the King visits everything gets exaggerated!

The Alchemical Tantric Arrangement (ATA) of the zodiac places Capricorn and Aquarius on the bottom of the chart and Cancer and Leo on the top so that the signs are aligned in order with the 7 chakras, 7 alchemical metals, and the 7 traditional planets. From Aquarius to Leo the symbolism is of raising the awareness from the 1st Root chakra to the 7th or Crown chakra and transforming the alchemical metals from lead to gold.

This particular 12 year cycle of Jupiter is unique because all the planets beyond Jupiter are contained within a small area of the zodiac stretching from Capricorn to Vacca/Taurus.  These signs of the zodiac correspond in the Alchemical Tantric Arrangement to the first four chakras. 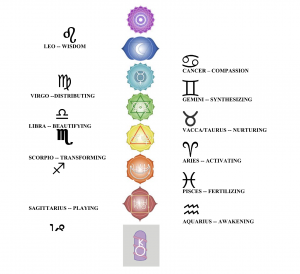 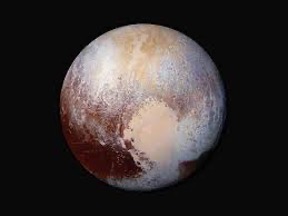 By moving through the signs and transiting the outer planets, Jupiter is giving us a royal alchemical show.  His first visit was with his underworld brother Pluto in April of 2020 in Capricorn followed by the dramatic conjunction at the winter solstice with Saturn in the 1st degree of Aquarius. With these two transits Jupiter expanded, or might we say exaggerated, the focus on death while bringing his old 12 year cycle to completion in the sign of the Fishgoat. 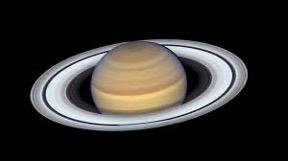 In addition to death, Jupiter’s conjunction with Saturn further expanded the ringed planet’s association with limitations by manifesting in the form of worldwide lockdowns! 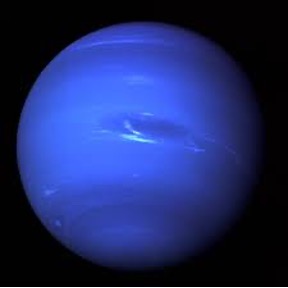 Jupiter’s next major conjunction was with nebulous Neptune, and it was a doozy, offering astrologers a world-class cruise-ship level opportunity for interpretation.  Both Jupiter and Neptune are rulers of Pisces with Jupiter exponentially expanding Neptune’s many and diverse qualities.  I like to say that Neptune is like the ocean with multiple characteristics from calm and deep to stormy and foggy.  Just a few of the many attributes related to Neptune include: addiction, dreams, religion, emotions, intuition, illusion, confusion, faith, fantasy, psychic ability, etc. I also connect Neptune with Poseidon of ancient Crete, where he was the earth-shaker and bringer of the tsunami.  Living on the west coast of the U.S. this image of the Bull from the Sea is both rich and daunting.  Neptune’s vast range of oceanic possibilities is as numerous as fish in the sea, however, the deep bottom line is the opposite to the limits of Saturn . . . a lack of boundaries and far-reaching emotional freedom.

From the ATA or Hermetic perspective both signs, Sagittarius and Pisces, correlate with the watery 2nd sacral chakra.  Located at the level in the human body of the sacrum and genitals, the 2nd chakra emphasizes both sacred and sexual.  Both Jupiter and Neptune are powerfully sexual — reproductive brothers of vast expanses, sky and sea.  The key word in ATA for Pisces is “fertilizing” and we can expect Jupiter’s royal presence to bring exaggeration in conjunction with Neptune to charged emotional extremes and mental, physical and psychic deep waters.

The transit of Jupiter and Neptune through Pisces has another meaningful dimension and that is in relation to the ending of the 2,160 year Age of Pisces.  As Jupiter expands Neptune’s presence, we can learn more about what we might expect for the next 100 years or so while this very dramatic age of the fishes winds down.

Since all the outer planets happen to be gathered in a handy bundle from Pluto at the end of Capricorn to Uranus in Vacca/Taurus, the Alchemical Tantric Arrangement becomes especially helpful in allowing us to appreciate the larger spiritual cycle. King Jupiter can be observed to continue climbing Jacob’s Ladder as he now reaches the 3rd level with the cardinal fire sign, Aries, and the 3rd Navel fire chakra.  King Jupiter will visit maverick Chiron and intense Eris in March and April of 2023.  We might expect exaggeration or expansion of wounding and healing related to the interaction with Chiron, especially since Chiron holds a pivotal role in the ATA arrangement.  Likewise, energetic Eris could also be highly activated because her fiery nature is already strong in this sign associated with the 3rd fire chakra.  Jupiter together with Eris can be expected to accompany a major movement against injustice, especially by women.

In terms of the movement from Pisces and the ending of this dramatic 2,160 year Age of the Fishes, the meeting of King Jupiter with heavy-duty Chiron and Eris in fiery Aries could be viewed as actively clearing the way for transitioning from the old Age of Pisces, represented by Neptune, to the New Age of Aquarius, represented by Uranus in the next sign Vacca/Taurus. 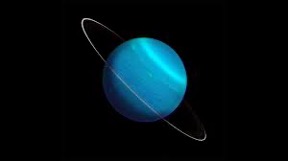 King Jupiter moves into the 4th Hermetic sign and 4th Heart chakra on June 1st, 2023, meeting soon thereafter with Rahu, the Head of the Dragon in Vacca/Taurus, exaggerating evolutionary drama, which can be both rewarding and dis-orienting.  Then on April 20, 2024, Jupiter meets the final outer planet, surprising heavenly Uranus, for an exaggerated show of radical innovation in Gaia’s earthy sign of the Cow and Bull.  Both Rahu and Uranus have special connotations in the ATA or Hermetic astrology for awakening serpent power kundalini energy, so besides the usual/unusual symbolism of Promethean Uranus we have the likelihood of even more evolutionary opportunities!  Since we are dealing with the heart center chakra, there are hints that new levels and meanings of cosmic love might be involved in the conjunction of the king with his radical heavenly grandfather; plus we might expect some major fireworks in the sky from these Heavenly guys, shared with shakeups from Gaia in her sign of fixed but perhaps radically shifting Earth.

However, it should be noted that the Alchemical Tantric Arrangement accents the total cycle, which means Jupiter will be extending the fullness of visiting all 7 outer planets (including Chiron and the North Node) on the way up the ATA zodiac and continuing on into the 5th Throat chakra and Gemini, accenting Mercury the Messenger in May of 2024; the 6th Brow chakra and Cancer (where Jupiter is exalted) in June of 2025; and finally, at the pinnacle of Leo, to be crowned King once again on June 29th, 2026.  When Jupiter enters royal Leo, the ATA symbolism is both of the golden alchemical marriage at the crown chakra and thereafter the distribution of the golden insights downward starting with the harvest goddess in Virgo.

See the chart below with Jupiter in golden Leo at the mid-heaven and silvery Cancer also accented.  At the end of Leo is lovely Venus followed by the Tail of the Dragon in Virgo, ready for the hand-off of the alchemical elixir.  The Hindu myth of Rahu and Ketu tells of the demon stealing some of the God’s ambrosia and the “Crown” (or “Corona” now associated with a “virus”) suggests some mix-up during this transition.  However, Love in the form of exalted Venus can be counted on to save the day and continue distributing the golden elixir downward. 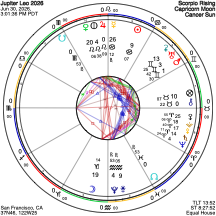 A glowing metaphor for this highest realm is of Alchemical Gold, forming the radiant aura or halo of enlightenment – Yoga as total Oneness.  Notice in the chart for Jupiter’s entry into Leo in 2026, (see above with whole signs in the ATA arrangement) how rather than the former emphasis on squares between the outer planets, now, largely in the air and fire signs, they are forming many harmonic sextiles. These more harmonious aspects and with the outer planets progressing into new signs by 2026, it looks to be a time of a new and hopefully more positive golden era.  Jupiter as King of the Gods fits well with this 7th crown chakra and its very large perspective.  Jupiter as ruler of Sagittarius makes him an agent of the Galactic Center, representative to what I like to call the Great Central Gal, Goddess of the massive black hole at the center of our Milky Way Galaxy.  Jupiter will be poised at the Crown to communicate with Galaxy Central for new inspiration on how to manage the next 12 years.

Notice how Jupiter at the beginning of Leo is now beginning the second half of his transits in the cycle with an opposition to Pluto in Aquarius at the full 180 degree point in their cycle while also at the crown pinnacle of the ATA chart and straddling the upper end of the central channel of the chakras.  The Moon’s nodes will soon transit Leo/Aquarius with the South Node meeting Jupiter during this year, 2026, adding even more evolutionary potential.

Additional oppositions to the outer planets will be formed on the downward side of Jupiter’s ATA cycle.  Indeed this could be a good test of the differences between the conjunctions and oppositions as Jupiter transits at 180 degrees to Pluto, Saturn, Neptune, Eris, Chiron, and Uranus.  Of course, differing signs will also be emphasized: art and relationship in Libra; intense transformation in Scorpio; Leela or divine play in Jupiter’s home sign of Sagittarius; and finally rounding out the 12 signs and 12 years, transiting once again the 12th completing Hermetic sign, Capricorn.  King Jupiter will enter Aquarius to begin a new cycle in November of 2032 and soon thereafter will visit his underworld brother Pluto again, this time in awakening Aquarius.  If John Michael Greer, author of The Twilight of Pluto, is correct, Pluto could be losing a great deal of his power by then, due to his being demoted in 2006, 24 years before. 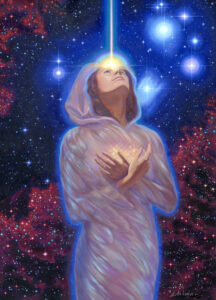 What an amazing 12 years these will be, stretching from 2020 destruction reaching upwards to 2026 Phoenix-like renewal, hopefully with brilliant golden insights to assimilate downward before Jupiter begins anew in Aquarius in 2032.  The world will surely look radically different after this highly charged tour by the King throughout his entire kingdom!