A prime maxim of Alchemy is, “As above, so below.”  This maxim is demonstrated beautifully in the way that human breath, subtle energy channels, astrology, and sacred rivers are symbolically united.

Three holy rivers of India: the Yamuna, the Ganga, and the mystical Saraswati converge at the site of the sacred ceremony called the Kumbha Mela held every 12 years (the cycle of Jupiter, the Guru planet) in the city of Prayag.  I relate these three holy rivers with the three primary channels or Nadis of Tantric Yoga.

In this system the left side of the human body is related to the Ida Nadi and is called the Lunar channel.  The meaning of “Ida” is “Comfort.”

The right side is related to the Pingala Nadi and it is called the Solar channel.  The meaning of “Pingala” is “Tawny.”

The central channel is named “Sushumna,” which means “most gracious.”  It is sometimes also called the “Saraswati Nadi.”

Turning now to the breath during meditation . . . we can visualize the energy rising up the left side of the body and through the seven signs of the zodiac from Aquarius to Leo flowing like the river Yamuna with Krishna meeting the Gopi girls as dakini playmates.  Krishna meets his sweetheart Radha in the Heart Chakra and they go together to the Crown Chakra.  Here I like to visualize them sitting together in a swing while the breath is held, perhaps for the count of seven.

Then beginning the exhalation, shift to an image of Shiva and Parvati as loving partners in their Himalayan mountain abode as the breath flows down the right side of the body like the river Ganga through the signs from Leo to Capricorn.  With each descending sign I imagine Shiva and his consort getting more severe so that by Capricorn, when the breath is held out completely, fierce Kali is his partner. 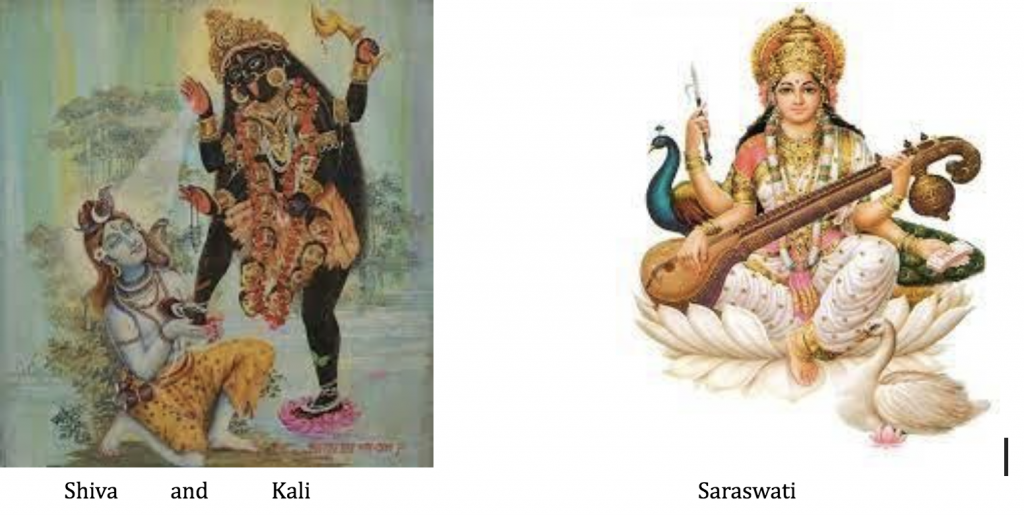 With the next inhalation we can visualize turning the flow of supercharged energy up through the central channel associated with the river Saraswati, visualizing the upward flow through the chakras starting with

the Root Chakra and the planet Uranus;

to the Sacral Chakra and the planet Neptune;

to the Navel Chakra and the planet Pluto;

ending with the Heart Chakra and the planet Eris or Venus.

The breath is held while in the central bindu of the Heart Chakra, and at the next exhalation the energy is returned to the starting point in the Root Chakra.

The complete cycle, up Ida, down Pingala, up Sushumna, down Sushumna, is accompanied by the mental mantra of “Yamuna, Ganga, Saraswatiay, Namaha.”

This cycle can be repeated as many times as wanted, perhaps a multiple of nine. (-:

A final form of the Cosmic Breath visualization could involve bringing the Saraswati inhalation all the way up to the central channel to the Crown Chakra and then exhaling back down to the Heart.  Then when the Heart Chakra is reached, rather than returning to the Root, continue to stay focused on the bindu in the Heart Chakra while following the breath. 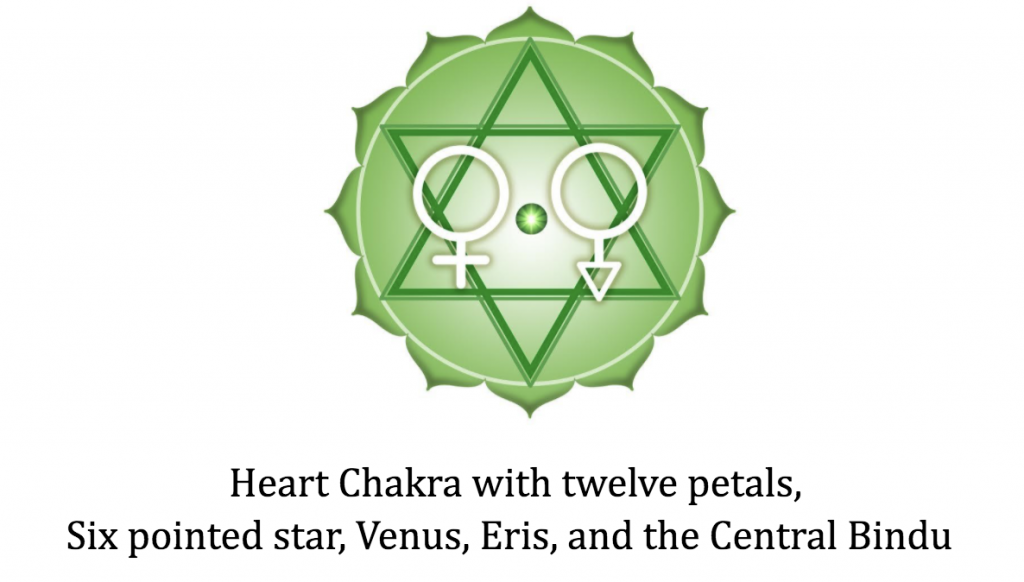 As with the alchemical maxim, “As above, so below,” I find it very lovely that the three sacred rivers, the three tantric nadis, and the Hindu Trinity of Brahma/Saraswati, Vishnu/Lakshmi, and Shiva/Parvati function synchronistically with the Alchemical Tantric Astrology (ATA) arrangement of the twelve signs of the zodiac.  Adding together seven traditional planets and four outer planets, plus Chiron (associated with kundalini at the base of the Root Chakra) equals twelve.

Inhaling up the accumulating side of the ATA zodiac and exhaling down the distributing side, finally up the central channel to the Crown and back into the central bindu where the many become One.

Please provide your birth details for the reading.